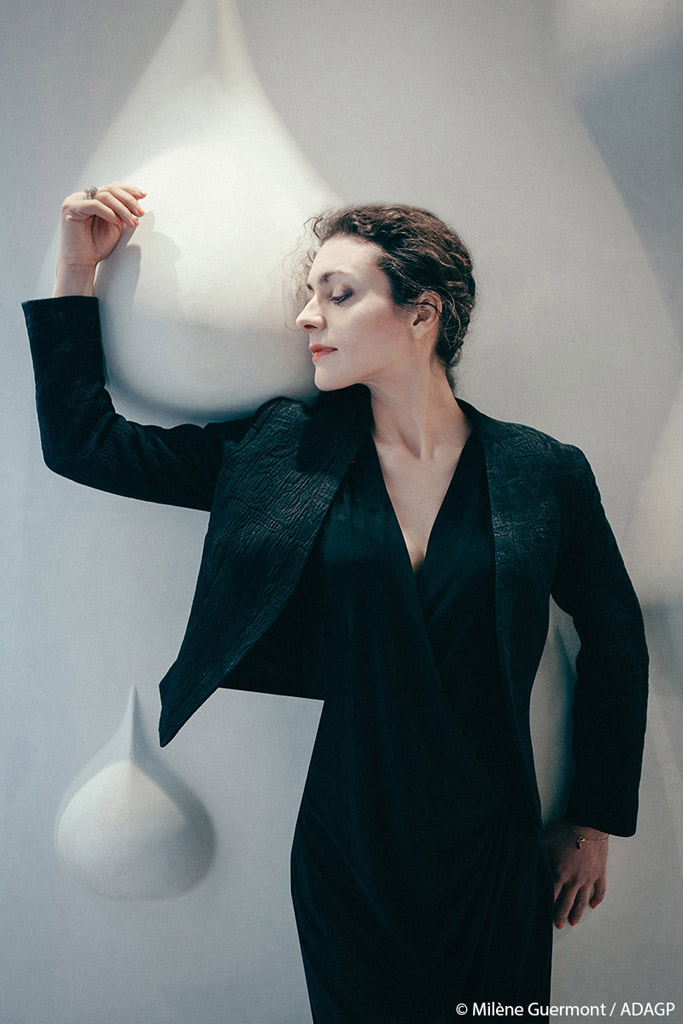 Milène Guermont is born in 1981 in Normandy. Her offices are in Paris and London.

She is an artist and engineer (she has filed several patents). She combines new technologies with the power of poetic imagination.

Following a synesthesia caused by touching a wall made of concrete, she transforms this material into sensitive and animated pieces. Weighing a few grams to several tons, her Polysensual Concrete works react to your magnetic field if you touch them.

MDR at a high school in Neuilly, SUSPENSION for the headquarters of a French company and PARAMARTHA in the largest Buddhist temple in Europe, L'ARCHE DE MONET for the City of Le Havre, SPOR for the FFB HN, AGUA for the headquarters of a corporate group, the FREE-PLANETS, INSTANTS for the 70th anniversary of the D-Day Landings and CAUSSE in Montparnasse Cemetery are some of the works that have been commissioned.

Among her exhibitions are the International Biennial of Young Artists in Rome in 2007; Art Paris and Art Basel Miami in 2008; New Art Center in New York and Nuit Blanche in Paris in 2009; European Heritage Days in 2010; City Hall of the 8th district in Paris, Salt Lake City Art Center and Cartier Foundation for Contemporary Art in 2011.

In 2012, the National Archives of France organized her first personal exhibition in a museum and then she exhibited at Art Elysées and the Center d'art Contemporary d'Epinal.

In 2013, her work is presented in a solo exhibition at the Children's Museum in Paris and at the Caja Galeria in Mexico; it adorns the XL suite of a historic hotel in Marseille; it is shown at the Otto Zoo gallery in Milan and the Villa Datris-Foundation for Contemporary Sculpture.

In June 2014, her sculpture INSTANTS was installed permanently in front of the sea on Utah Beach to celebrate the 70th anniversary of the landings in the breach n°00 "Atlantic Wall", Utah Beach during World War II. Furthermore, in honor of this event, her FREE-PLANETS have been ordered as gifts for top figures throughout the world. She also creates GALLOPING FOAM for NUIT BLANCHE in front of the Town Hall of 15th district and has a show at the Musée de la Chasse et de la Nature in Paris.

In 2015, she was the "coup de cœur" of DDESSIN (Paris Contemporary Drawing Fair), had a solo video show in the permanent collections of the Fine Arts Museum of Caen, and was selected by the international jury of "2015: International Year of Light" launched by UNESCO while MINI AGUA was shown at the Villa Datris - Foundation for sculpture.

In 2016, she exhibited at the Parisian Mineralogy Museum (solo show), at the fair ART PARIS, at Passager Museum, she created the artwork A BEAT on the Eiffel Tower, the Montparnasse Tower and PHARES, and her sculpture CAUSSE was installed permanently in the Montparnasse Cemetery in Paris.

Her last monumental sculpture, PHARES (5 km of aluminium, light and lime), on Place de la Concorde, received three distinctions (COP 21, PARIS POUR LE CLIMAT, UNESCO) and was selected among 13 000 projects in 147 countries to be the only artwork for the delivery of the final report on the International Year of Light at UNESCO Headquarters.

Since March 2017, Milene has represented France at the World Federation of Engineering Organizations (WFEO), UNESCO's partner. Her sculpture made of Polysensual Concrete, MINI AGUA, is the artwork shown at the French Pavilion of the International Exhibition ASTANA 2017. Milene installs the interactive concrete SIREINE in Monaco and wins the artprize of NOVA XX (international competition of women artists who use hi-tech) in Brussels.

In 2018, she has solo shows at Trinity House, at Westminster, at JS-Pathé Foundation, at the Town Hall of the 13th district of Paris, at UNESCO, on the Seine River next to Musée d'Orsay, ... She is 1 of the 8 speakers on "Women's Achievements and Professional Attainments" at the international symposium Momowo in Turin and becomes Honorary Fellow of Queen Mary.

In 2019, she belongs to the French Delegation - she is the youngest and the only one artist - of the GSW that occurs in Basel.  She receives the Peace Hero Award from the Peace Institute and five museums throughout the world.

In 2020, Milene becomes Eisenhower Fellow, laureate of Vox Femina - Notable Women and receives the M & H Wagner Award by which her peers across the world recognized her leadership. She is also identified as an expert in tactility and emotional luxury. Her PYRAMIDION that offers you the possibility to send love & light via www.youlightme.com is part of the London Festival of Architecture.

In 2021, her artwork BALANCE made of concrete and light is installed at Cimetière du Père Lachaise forever. She receives the award of the Projects Woman of the Year at the Trophies of the Women of Industry and the art grant “Collection Monographie” from ADAGP to publish her first monograph. She federates 80 French talents (interview) to create a habitable total artwork in downtown Paris: MAISON GUERMONT. 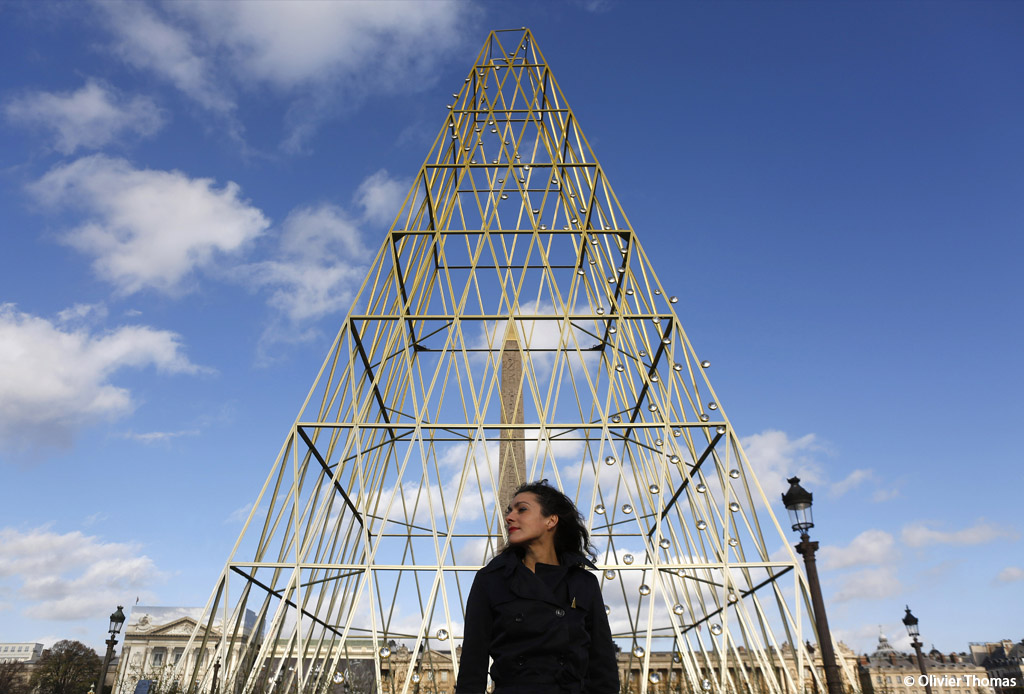 Selection of orders and public artworks

Film of the Peace Hero Award

Teaser of the PHARES book 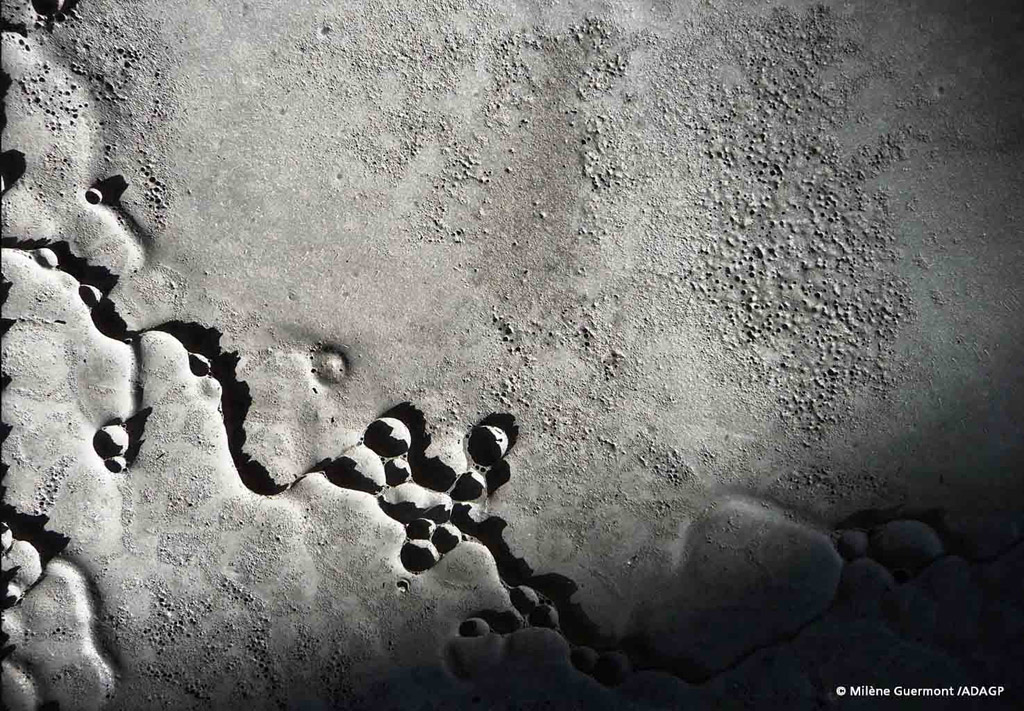