From the hands of the Honorable Robert Gates (the United States Secretary of Defense under Presidents George W. Bush & Barack Obama) Milène receives on October 11, 2021 an award in the presence of George de Lama (Ambassador, Historian and Journalist at the Chicago Tribune, Fellow of Harvard).

Mister Hap Wagner was an EF Trustee and a great philanthropist / engineer / athlete; the award in memory of him is given at maximum each two years.

🌈 Comment/share on Linked In here 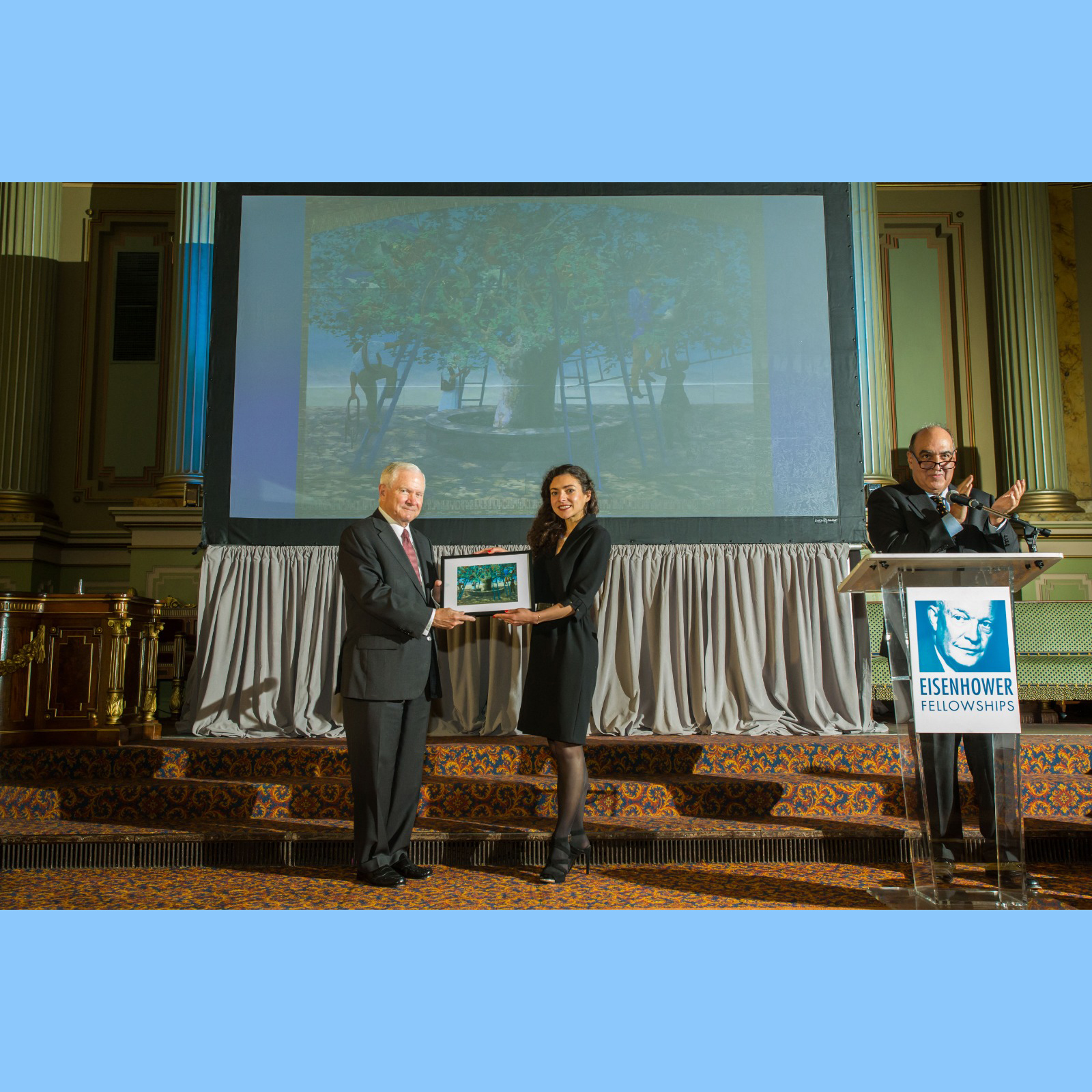